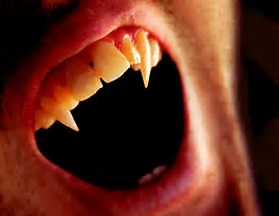 Yesterday I repaired a crown in my mouth that fell out about a year ago. It’s a miracle not that I got it glued in, but that I was able to find it. But when you’re a woman, you don’t throw away cosmetics–even old ones–unless they sit up and tell you “I’m going to clump on your face and make you look like a witch.”
I
Since I didn’t get that message, I kept my little pink cosmetic bag as it was last year. Let’s see, it had a blusher, an eyebrow pencil, face powder, and lo and behold the aforementioned crown. That crown, which came from my lower jaw, fell off a molar that my high-priced dentist in Scottsdale had put on a few years back. Pretty sloppy job if you ask me–I’m talking about the dentist here because I think I might paradental abilities.

But I hadn’t done anything with the molar until yesterday when I was discussing glues with my husband, who is a glue expert now that he’s traded his obsession on collecting nautical knick knacks for collecting model airplanes. I don’t know if he actually puts the models together, but I know that he used some glue because one day when I was in a low mood, I kinda threw three or four plane models on the floor of MY SPARE GUEST ROOM, which was supposed to be off limits, ie. husband was not supposed to spread his collection to that room. I was really, really mad so that’s why with one sweep of my outstretched arm I sent three or four airplanes to the ground. You could say they crash landed That’s when the husband apologized profusely and ran out to get the best glue in the world so he could mend his “beauties.”

And since I knew he had the best glue in the world, I knew he would be able to help me with my molar project. Simply put, the molar was in perfect shape at the bottom of my cosmetics bag. So I took it out, gave it a little quick brushing, and pronounced it ready for the mouth. Between the two of us we were able with one deft motion to place the crown atop the molar.

What a relief! Now I had only one other part of my mouth in lousy shape, and the destruction of this area took part so long ago, I’m not sure what or when the bejeesus happened. I think the fake tooth was part of a bridge and somehow that fake tooth cracked and fell out.

Since the Molar Project went so well, I’ve been looking in my mouth every hour just to remind myself that I’m a dental whiz kid. I almost glued my lips together but that’s not a biggie because I was able to separate the lips with minimum effort and discomfort.

My self esteem in dentistry is now at an all-time high. You have to understand that my dad was a dentist so I heard a lot of jargon thrown around the dinner table. Nothing too helpful, but stuff like most dentists rob you blind and most dentists don’t now what the tarnation they’re doing. Stuff like that.

I imagine, however, my father would like the job I’ve done on the Molar Project. It’s clean and is brushable and mouthwashable. I haven’t tried flossing, but I think that’s next on my agenda.

So today I got my nerve up and sent away to Amazon for a dental repair kit for making a tooth. I’m not sure how it works, but it’s cheap so if I screw it up, I’m not going to hang myself out to dry. I was amazed at how much stuff for dental prodigies like me there is on Amazon. There’s so much there you wonder how real dentists stay in business.

So tomorrow is the big day and I’ll take a look at it when it arrives in the mail (I have Amazon Prime) so it only takes a day to deliver. I do love Amazon, but I have to admit it let me down with the chrome handle bars I want to purchase for my new white Rogue Sport SUV. I’ve been told by at least two stores that they aren’t out yet for the 2020 model. But you’d think Amazon could use its clout to get them.

Oh well. If my mouth looks dentally good tomorrow, I’ll forgive them for the chrome handles.
Just curious. How many of you humoroutcasts out there have repaired their own tooth? I thought so