FRAMINGHAM, Mass. As the Thanksgiving vacation week began Lieutenant Jim Hampy of the Massachusetts State DMVD was patrolling the Metrowest area of Boston, on the lookout for college students home from school with too much time on their hands and beer in their bellies. “I’m not sure how much longer I can take this beat,” he says with resignation as he watches a carful of twenty-somethings beat a hasty retreat when they spot his car parked behind Ye Olde Package Store, a faux-Colonial retail liquor outlet that is the last place to buy booze before a driver goes through two “dry” towns. “The things you see out here–it’ll turn your stomach.” 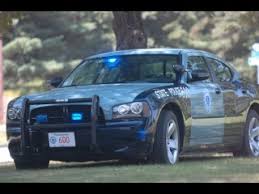 Hampy decides not to give chase and takes a sip from his “lahge” Dunkin Donuts regular coffee. “I got bigger fish to fry tonight,” he says. “I been tailin’ a gang of girls for almost a year now. I got a suspicion they’ll be out in force, since they’re probably sick of their parents already.”

The instincts of the “statie,” as his adversaries in this cat-and-mouse game refer to him, prove correct as a Volvo blasts down the highway loaded to the gills with six girls, singing songs from their senior year in high school. “Suspects heading west on Route 20, send backup,” he says as he accelerates out of the parking lot, without, however, turning on his siren or flasher. “I don’t want ‘em to know I’m coming,” he says.

The girls have a quarter-mile lead that is lengthened when Hampy is forced to stop at a red light, but he seems unperturbed. “It’s okay, I want to catch ‘em in the act,” he says, and his game plan works to perfection as he pulls up at the dangerous intersection where the girls have set up a makeshift–and illegal–memorial in honor of Amanda Skrulnik, a classmate of theirs whose cheerleading career was tragically cut short when she broke her femur in a car crash last New Year’s Eve. 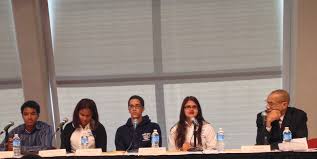 “Those things are a fire hazard, and people could mistake them for a traffic signal,” he says unconvincingly, referring to the tall votive candles the girls have kept burning since that horrible night. As he cuts his headlights and cruises slowly to a stop, it becomes clear that safety concerns are secondary to him, however. “Worst of all is the poetry,” he says, shaking his head. “I hope no daughter of mine ever writes nothin’ as bad.”

He exits the car along with this reporter and makes his presence known to the girls, who are sobbing quietly. “Good evening ladies,” he says, and it is clear to this reporter that he maintains an air of professional calm only with difficulty. “I thought we reached an understanding there last summer,” he says, as he plucks a piece of paper from the paws of a stuffed animal at the roadside shrine and begins to read aloud, his voice at times betraying his overflowing emotions:

We really miss you, Dear Amanda,
On the sidelines where you cheered with flair.
We know your favorite animal was the panda
but we could only find this Teddy Bear.

Hampy looks at the girls one by one, as if scanning a police station lineup. “I want to know who wrote this,” he says gently but firmly. “Tracy? Lindsey? Chloe?”

The girls from the back seat are silent, so he continues. “Siobhan? Whitney? Courtney?”

The last-named friend finally cracks. “It wasn’t any one of us–it was all of us, a joint effort,” she says.

Hampy groans involuntarily. “Haven’t I told you–poetry is the product of a unique and individual vision. It’s not something you write by committee, like the mission statement of a non-profit that wants to rid the world of trans-fats. Now clean this up and go home.”

The girls are properly chastened and get to work at a routine they have down pat; extinguishing the flames, removing beads, stuffed animals and signs, and crumpling up their roadside elegies, as commanded by a duly-authorized officer of the Massachusetts Department of Motor Vehicle Doggerel.

On Saturday morning Hampy spoke is the speaker for a public service assembly at Pumpsie Green Consolidated Regional High School, lecturing a gym full of bored and inattentive kids about the dangers of roadside poetry. “For the first offense, all you got to do is take the Junior Operator Scansion Adjustment Seminar,” he says, drawing no reaction from the students. “It’s three Saturdays,” he adds, eliciting sighs and the rolling of many eyes.

“Second offense, you got to go to the Do Not Go Premature Into That Good Night Retreat.” The young men and women are paying attention now, as Hampy pauses for effect. “That’s a whole weekend.” Groans are heard from several students, but Hampy cuts them off to let them know it could get even worse. 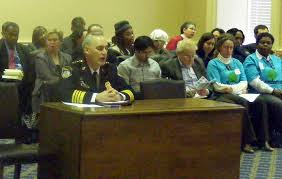 “Finally, after three violations or refusal to comply with prescribed meter or rhyme scheme mandated by court order, we impose the death sentence.”

“What’s that?” asks Wade Aucoin, a pimply 15-year-old in the first row of the bleachers.

“Permanent revocation of your poetic license.”

Available in Kindle format as part of the collection “poetry is kind of important.”