WIMBLEDON, England. When it began with Monica Seles, it seemed innocuous, or merely annoying. But now, say old school tennis champs including Martina Navratilova and Chris Evert, the practice of grunting by women’s tennis players when they hit a shot has become a technique to rattle an opponent, a violation of the sport’s high standards of etiquette.

Monica Seles: She started it.

“It used to be I could get away from my job and relax by watching tennis,” says Dr. Nigel Holcomb, an obstetrician at London’s St. Mark’s Hospital. “Now I hear the same grunting out here that we get during a forceps delivery of a twelve-pound baby.”

The dominance of the grunters has enticed spectators away from the men’s matches, as sadists and those with a more straightforward prurient interest flock to the stands to hear the sounds women make when they are really, truly satisfied with a shot. “It was like a ghost town out here today,” said Benoit Paire of his match against Andy Murray at Wimbledon yesterday. “Usually the spectators just look dead.”

So Murray and Paire decided to do something about their plight, and began to engage in friendly but competitive armpit farts, at first just between points but later, as the match progressed, after baseline ground strokes as well. The crowd responded favorably, and by the third set were cheering heartily in recognition of the players’ dexterity and volume. 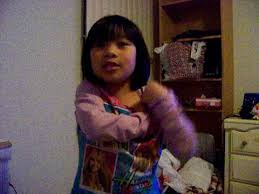 Irina Armpitkova: Eventually, the women will catch up to the men.

“It was really one of the most remarkable feats of athleticism I’ve ever witnessed,” noted All England Club teaching professional Oswald Nitzi. “Murray was volleying at the net, Paire hit a perfect lob to the corner, but Murray recovered with a splendid passing shot and a noise that sounded like a twelve-year old Boy Scout after a campfire meal of beans.”

“That was a good one you got off, mate.”

An armpit fart is a simulated sound of flatulence produced by creating a pocket of air between the armpit of a partially raised arm and the hand, then swiftly closing this pocket by bringing the arm close to the torso. Unlike non-simulated farts, no gas is released by the process and the only offense given to those in close proximity to the perpetrator is aural, rather than olfactory.

“No I don’t smell anything–why do you ask?”

Murray hopes to bow to the Queen after defeating Paire in three sets to move on yesterday. “It’s a wonderful tradition,” he says as he lifts his shirt. “I’ve been practicing a really juicy one for her.”