An official of FIFA, the governing body of international soccer, maintained an opulent lifestyle that included a luxury apartment in New York–for his cats. 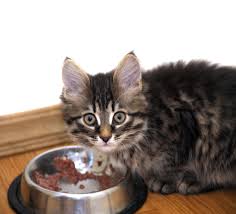 “Put down the Friskies and nobody gets hurt.”

As I turned the key in Apartment 31G, high above Manhattan, I closed my eyes and braced myself for the spectacle I was sure to encounter once I entered.  I opened the door and, just as I expected, saw empty bags of Iams Less Active Catfood in the distinctive turquoise bag strewn across the floor.  A Fancy Feast Classic Seafood Variety Pack was sitting on the counter, with three cans empty.  My roommate Rocco had apparently used the sports page to relieve himself rather than make the arduous trek all . . . . the . . . way back to the kitty box like a civilized cat. 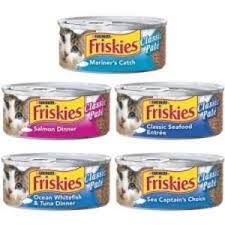 Working on a six-pack.

The situation was nearly intolerable, but I had no one to blame but myself.  After all, I’d acted in The Odd Couple in high school, and should have remembered that roommates were like drinking–never mix, never worry.  But there was something about Rocco–the tuxedo cat I lived with–that made him hard to turn down when he asked if he could move in with me.

Maybe it was his lack of manners, the way he bowls over everything and everybody in his way to get what he wants.  He’s an alpha male, and I’m a beta.  He’s Oscar Madison to my Felix Unger; he’s a slob, and I’m–well, let’s just say I’m . . . fastidious. 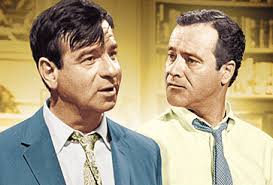 I heard a burp from the vicinity of the couch and knew he was home.  I supposed that should have been some consolation, that he hadn’t left his mess for me to clean up.  On the other hand, if he were out somewhere I could straighten things out without his interference; the infuriating indifference he shows to any attempt whatsoever to maintain a luxury apartment in a state that wouldn’t warrant condemnation by the Board of Health.

“Geez, ya scared me,” he said as he lifted his head up from the sofa cushion.

“I hardly think so.”

“Because if I’d truly scared you, you would have at least jumped out of that heap of trash you’re lounging in.”

“I’m comfortable with whom I am.”

“Geez–I woulda thought you’d go the other way on that one.  I was tryin’ to use proper English.”

“I’m glad I’ve had some influence on you, even if it’s only superficial.  The relative pronoun functions as part of the relative clause, not the main clause.  So think of it as ‘I am comfortable with the person who I am.’”

“If I ever think of it again, I will.”  He sat up, grabbed the remote and turned on “Top Cat,” the 60s cartoon that’s his favorite–dare I say “only”–artistic interest. 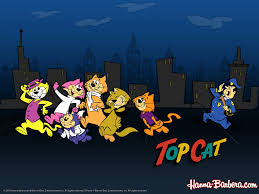 “You know, our master works very hard to provide us with a luxury apartment–it’s the least you could do to pick up after yourself every once in a while.”

“Define ‘hard work,’” he said with a skeptical tone.  “Is it ‘hard work’ to open up an envelope with a large cash payment from a television network?”

“Is it ‘hard work’ to accept sexual favors from a precocious jeune fille sent to persuade you to site the next World Cup in Moldavia, or Upper Volta, or Burkina Faso?”

I had him dead to rights now.  “Upper Volta and Burkina Faso are the same country, you dingbat.”

“You get my drift,” he said as he stretched his arms before hopping up onto the counter and popping the top off another can of Fancy Feast. 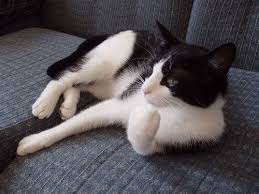 “You’re getting quite a gut from lying around all day eating that . . . junk.”

“You know and I know that being an international soccer official is just about the most corrupt job in the world, after New Jersey traffic court judge and Massachusetts Democratic elected official.”

“So you’re in this up to your whiskers, don’t come on all high and mighty with me.  You’re in pari delicto with the whole scam.”

It struck me that there ought to be a Latin logical fallacy for what Rocco had just done–“argument by changing the subject” or something–but there wasn’t, so he had a smug little smile on his face as he made his way back to the couch.

We went our separate ways, as always.  It’s no fun having a roommate who doesn’t share your interests which, in my case, include washing myself 6 times a day.  Still, we were very fortunate.  It isn’t every cat who has a luxury apartment, and a room of his own to sleep in–on the bed!–to look out the window of, to retire to when the din of the television in the living room becomes too annoying, to . . .

“Holy crap!”  It was Rocco, screaming at the TV.

“What?” I called out to him.  He doesn’t usually get excited, it had to be something important, like a Today Show interview with the editor of Cat Fancy or something.

“They just indicted a bunch of soccer officials for bribery!”

I came around the counter and looked at the screen.  There was our master, doing the perp walk, while the announcer droned on about a $150 million kickback scheme.  I shook my head in disbelief.  “We’re doomed,” I said finally with disgust.

“Why do you say that?” Rocco asked.

“All of this,” I said, sweeping my paw before him.  “You can kiss it goodbye.”

But as always, the Roc-man saw things a bit differently.  “Don’t be a sap,” he said.  “We’ll turn state’s evidence and write a true crime tell-all book.”

“Isn’t that prohibited by ‘Son of Sam‘ laws?” 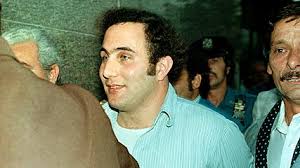 “You mean the guy who claimed he was possessed by a demon in the form of a dog named Harvey?”