Skip to content
Recent Humor
“Raised by Penguins” Seen as Last Gasp for Creative Non-Fiction
Ripping the Headlines Today, 1/30/23
In years to come, we will look back and proclaim “Cocaine Bear” as a masterpiece. Right now, the sequel “Quack Cocaine” hasn’t been made, yet…
Loving Poem About NASA
My Yogurt Jones

That just isn’t as catchy as the Blizzard of ’78, but it never quite got to blizzard status–it was just a regular snowstorm. At least, it was compared to weather in the old days. You know the story: We walked to school five miles every day, uphill both ways, dodging polar bears and wading through ten foot drifts in the morning, then in the afternoon using our eight volume deep pile of school books as shade against the 102 degree sun. Plus we painted our feet black, because we couldn’t afford shoes.

And we were happy to have that paint. 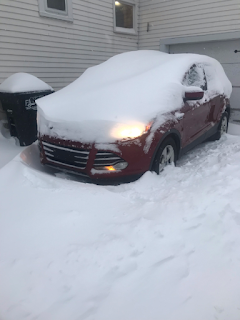 Cars? We didn’t have cars. Our parents rode dinosaurs, and not those big ones either–they had to ride those little, chicken size ones, which was fine with them because they needed the eggs.

The story gets better every year. When I tell it to my grandkids, I’m going to add murder hornets and clowns.

But in recent years we’ve been, shall we say, spoiled. I joined the fire department in 1980, and for the next ten years our name for twelve inches of snow was “a good start”. One year we got a snowstorm like last week’s every weekend for the whole winter. This idea of seeing what was under the snow between November and March was inconceivable. I remember the April grass fire season, when we had to walk around snow drifts to get to the burning grass. 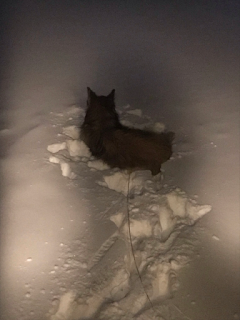 The dog loved it. He’d go lay in the snow, and I literally had to make him come back inside. But me? I hate cold, and I hate the short days, and I guess the snow would be okay if it was warm and the days were long, but that’s not how it works. It doesn’t help that my old frostbite injuries are acting up so much that I started losing the use of my hands while shoveling, even with gloves on.

I didn’t always feel that way. When I was young, I’d use a snow day as an excuse to go out and play in the snow. Maybe I’m suffering a form of PTSD, because doing that is how I got the frostbite. 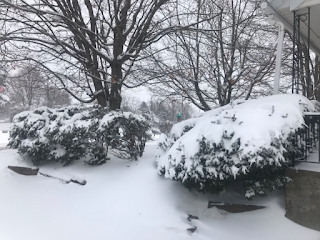 So, suddenly a winter wonderland is a winter torture land.

If it was revenge, it would be best served cold. 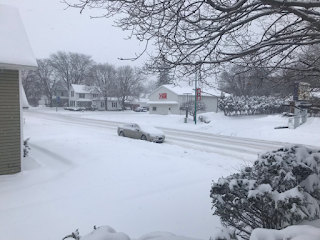 The weather got so nasty, I took all these pictures from within twenty feet of my home. I got lucky and was on days off during the worst of the storm, and didn’t otherwise have to go out, thanks to four appointments getting canceled. It gave me a taste of what it must be like to just stay inside and wait it out, and I gotta tell you …

I enjoyed staying in. If it was a snack, it would be … ice cream.