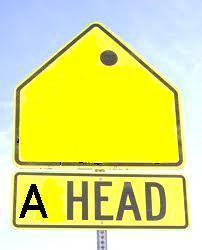 National elections are closing in. So it’s time for politicians to try to connect by relating all the struggles they’ve overcome. So here’s what I’d love to see. I’d give anything to have a candidate who was born with just a head. Nothing else, just a head. And his or her stump speech would go something like this:

“I remember the day I was born. In the deliver room my mother, who worked five jobs to feed and house us, shouted “Why was that so easy?” Yup, that’s me, easy to get along with. I grew up attending a one-room school in rural Nebraska. We didn’t have bus service so I rolled to school. Which isn’t easy when it’s uphill both ways. But I refused to let that get to me. I endured.

In school I was known as a very unselfish kid. I built a reputation for being a real team-player. Here’s an example: One night some punks stole the tetherball from the school playground. The pole and the rope were still there, but the ball you swatted was gone. So I rolled up to the other kids and said “Here, just use me.”

I excelled in my studies and graduated head of my class.

Off to college I went. Not to brag, but in college I was quite the athlete. I was captain of the bowling team and I set many collegiate records in that sport. I also worked two restaurant jobs to pay for college. I was a very hard worker. At both jobs I was promoted to Head Waiter.

Law school was tough. At one point I almost dropped out, but I refused to give up. Some people said I was stubborn, but I preferred to think of myself as being headstrong. I graduated near the top of my class there as well.

Some of you probably heard that I fell off the stage while speaking at my last rally. But I bounced back. That’s just how I operate. One quick story before I close: At that rally an undecided voter approached me and said “I’m sick of these clowns. What we need in DC is a politician who knows how to use their head.” And I replied “What the hell do you think I’ve been doing all my life?”

6 thoughts on “A Glimpse Of What’s Ahead”