Skip to content
Recent Humor
Loving Poem About NASA
My Yogurt Jones
Size Matters…
Yes, It Does Look Like They Might Have A Bit Too Much Radiation Down In Moab, Utah From All That Uranium Mining…..
Whoever said practice doesn’t make perfect, didn’t practice or become perfect…

What about Jimi Hendrix? 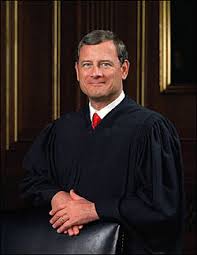 COURT CRIER:  Oyez! Oyez! Oyez! All persons having business before the Honorable, the Supreme Court of the United States, are admonished to draw near and give their attention, for the Court is now sitting. God save the United States and this Honorable Court and stay away from the brown acid! 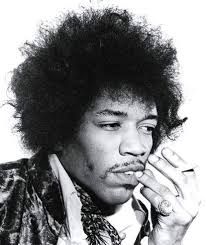 PETITIONER’S COUNSEL:  You got it.  May it please the Court.  Section 514 of the Uruguay Round Agreements Act did something unprecedented in American copyright law.  It took millions of works out of the public domain, where cover bands at Holiday Inns across the country had been playing them on “Rockin’ With the Oldies” night for years.  That violated the Copyright Clause, the First Amendment and the Rule in Dumphor’s case.

JUSTICE RUTH BADER GINSBURG:  I like Carole King’s “Tapestry.”  Did you know it’s the biggest-selling album of all time, and yet my “macho” colleagues on this honorable court will never let me play it in the Justice’s Lounge?

JUSTICE ANTONIN SCALIA:  That is such a chick album.

JUSTICE GINSBURG:  Well, I am a chick.

PETITIONER’S COUNSEL:  If I could get back to my argument.

“Okay–you’ve had your fun.  Now can my cat and I get out of this post?”

JUSTICE ANTHONY KENNEDY:  That was cool how you got those quotes of dubiety into your argument without using your fingers . . . 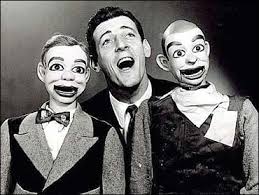 JUSTICE BREYER:  I’m glad we could finally agree on something.

PETITIONER’S COUNSEL:  Anyway, Congress passed the law because some countries voiced skepticism that the U.S. was in compliance with the Berne Convention and . . .

CHIEF JUSTICE:  What about Jimi Hendrix?

PETITIONER’S COUNSEL:  What about him?

CHIEF JUSTICE:  Isn’t he like the most totally bitchin’ guitar player of all time?

JUSTICE ELENA KAGAN:  Guys who are into overwrought guitar solos are just transferring their masturbatory tendencies from the bathroom to the concert stage.

PETITIONER’S COUNSEL:  She’s the most junior justice–is she really allowed to talk like that?

CHIEF JUSTICE:  I think it’s a First Amendment thing.  Anyway, to get back to Hendrix–do you think more people would pay attention to the Supreme Court if I set my gavel on fire, the way he did with his guitar?

PETITIONER’S COUNSEL:  You mean when he played “Fire”? 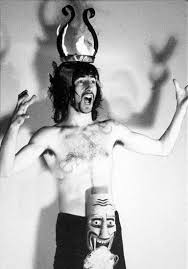 The Crazy World of Arthur Brown.  It was the sixties–you had to be there.

JUSTICE THOMAS:  You’re thinking of The Crazy World of Arthur Brown.  The correct name of the Hendrix song is “Let Me Stand Next to Your Fire.”

PETITONER’S COUNSEL:  I stand corrected.  Anywho, Section 514 could cause American works in the public domain abroad to have their copyrights restored.  It’s a slippery slope from there to . . .

CHIEF JUSTICE:  I want to get back to Hendrix.  He was left-handed, but he played a right-handed guitar.  Freaking amazing if you ask me.

JUSTICE SCALIA:  He was a switch-hitter?

CHIEF JUSTICE:  With power to all fields.  He could change from soft, deeply soulful songs like “And the Wind Cries Mary” to the dark, forboding “All Along the Watchtower” faster than you could say “Crosby, Stills, Nash & Young.”

JUSTICE KENNEDY:  Hey–you can do that quote thing too.  Why am I always the last to know?

JUSTICE GINSBURG:  You want soft and soulful?  My life has been a tapestry of rich and royal hue . . .

JUSTICE GINSBURG:  An ever-lasting vision, of the ever-changing view . . .

PETITIONER’S COUNSEL:  Your honors, with all due respect, I get the impression that somebody dropped some Owsley acid in the SCOTUS water cooler this morning . . .

JUSTICE THOMAS:  No, it was in the Mr. Coffee machine.  When I filled my cup Mr. Coffee had been staring at the Cremora container for half an hour, humming “Lucy in the Sky With Diamonds.”

CHIEF JUSTICE:  That’s a very serious charge, counselor, and one that is likely to undermine your argument.

PETITIONER’S COUNSEL:  What was it Justice Potter Stewart said?

JUSTICE BREYER:  “That place is so crowded nobody goes there anymore?”

JUSTICE KAGAN:  That was Yogi Berra.  Or Victor Hugo.

PETITIONER’S COUNSEL:  No, I was referring to “I know it when I see it.”

CHIEF JUSTICE:  You say you know it when you see it–but are you experienced?

Available in Kindle format on amazon.com as part of the collection “The Supremes’ Greatest Hits.”

One thought on “Jimi Hendrix at the Supreme Court”