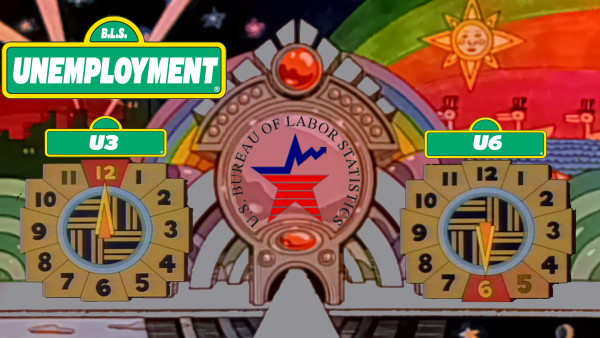 The United States labor market is absolutely fine, according to the new BLS reports.

Since February 1, the Bureau of Labor Statistics began using the Sesame Street Pinball number count in order to comprise a more accurate report on the state of employment in the country.

The upgraded formula for U1-U3 follows the original algorithm of the Sesame Street pattern, with random numbers being selected after the initial count to twelve has been completed in timed rhythm.

Pinball targets are then hit around the board via data mining; the official tally is then subtracted based on the cluster rounds of numbers that initiate additional counts to twelve and paired off for comparative point purposes, tracked by the number clock.

U4-U6 is tallied in the same mechanism, but with a marginal variation. Each block of twelve is then tallied by an accompanied random number shouted out by BLS workers from anonymous selection that is greater than one but no less than the number twelve relative to the letter U.

The official tally is set of number sets with a mean repetitive twelve count that are greater or less than the anonymous selection group in pale comparison, or whichever one is the lowest figure.

New reports show that the economy added indiscriminate anonymous selection number of jobs for every cluster of twelve counted. Additional jobs were then recycled once the initial count reset back to one, with the unemployment rate at 2% and falling.

This is a striking contrast to the 4.9% reported using the old method of calculations.

Considering the volatile nature of the employment market, the percentage of unemployment will change in each episode. Since using the new formula, sources at the Bureau of Labor Statistics say that no matter what, unemployment figures have rarely hit the number twelve.

“The average number we’ve seen doing this formula at any given time was the number four,” according to a BLS employee who asked to remain anonymous. “It’s like playing craps. We normally don’t get nervous unless it hits seven. The ball goes crazy on the board then.”

While the Bureau of Labor Statistics stands behind its calculations, critics are still skeptical on the Sesame Street numbers. The BLS does not include those not receiving unemployment compensation, nor not actively looking for work in their measurements. They also fail to count the underemployed who work less than 40 hours a week.

Even so, Americans at large should rest easy. New reports show unemployment has remained constant since switching over to the pinball number count with statistical data to prove as such. This implies a stronger lean towards upright growth in the economy, and further job creation.

New employment reports are available every Monday on the BLS website.