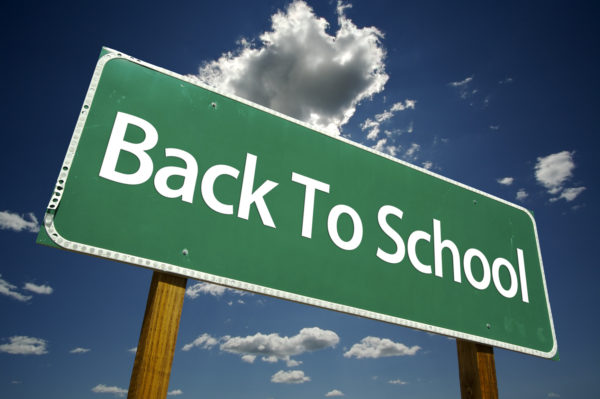 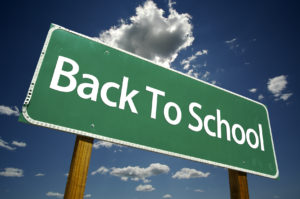 Summer has come to an end, which means the fun is over.

They were there for good times in the mornings on days I went to work late, and they were there when I got home at night to play games or watch TV. They might’ve been asleep when I worked early, but they were always ready to have fun and stay up late when I returned.

To do or not to do? That was the question, mainly for our checking account. We went to Disneyland and to museums, but sometimes we just went to the park or on hikes with our pet beagle.

My wife, a middle school teacher, and our 14-year-old son, who was getting ready for high school, were off for the summer. That meant we had two months of tons o’ fun. My job often got in the way, but my family was always there so we could play in between the cracks.

We hosted a number of sleepovers for our son and his friends. Barbecues and campfires in the backyard with s’mores were a blast—we kept our home roaring with laughter and commotion. On my days off, which are often times during the week when we could get more done because of smaller crowds, we did all-day activities like trips to the beach and visits with extended family in various parts of the state.

I especially wanted to take advantage of this small window of time with our son, who’s a freshman this year. That means he’ll be a college graduate, married with kids, and the owner of a Fortune 500 company in a couple days. So family bike rides were a must whenever we could slip them in. And we slipped them in.

Each day the sun rose during the summer, our son rose, too. One day in June he rose right over his mother. No longer the little kid (and with a growing appetite to prove it), we made sure to do things like miniature golf and bowling before he got too “grown up” to be doing such things in public with his parents.

Our boy did things with just his friends, too. That meant my wife and I could go on dates or do other fun things together like work out at the gym. I don’t usually go to the gym, but my significant other likes to stay healthy, and summer is a great time to do that because there’s so much spare time, so I went along with her. It made her happy and, therefore, it made me happy.

But once August began, we knew the fun was coming to an end. At least when I was a kid, summer went all the way through Labor Day weekend. Now, for some reason, kids go back to school a month earlier.

We packed in a few last, fun activities while we could. We did some enjoyable family activities at home like organizing the garage, cleaning out closets and going on family walks to reflect on our summer accomplishments. Then one day, a few days into the month, that was that—school had begun.

Our son started school first. High school orientation was scary. My wife and I were high school students only a few years ago, and here we were with a high school student of our own. The following week, my wife would begin school, but we spent what time we had remaining of her summer to get her new classroom ready: We cleaned it up, moved in her boxes, unpacked those boxes, hung bulletin boards and posters, and we set up computers. It was great spending time together.

When my wife finally started school, I didn’t know what to do with myself. Yes, the fun was over. On my late mornings or days off during the week, I was alone and bored in a very quiet house. No laughter. No commotion.

There’s an individual who, when asked, “Did you eat?” responds by saying, “No, I don’t own shoes in that color.” The same individual drops his cellphone and cracks the screen, then tells his family not to worry because his device is waterproof. I admit—I’m that delirious individual after an entire summer of no sleep and lots and lots of (probably too much) fun.

Yes, summer’s over, school has begun, and there won’t be any more fun for a while. Let the boredom begin. Finally I can rest!

This story originally appeared in The Acorn Newspapers of Los Angeles and Ventura counties, CA, this week. You can find other stories like it from Michael Picarella at MichaelPicarellaColumn.com.

One thought on “Back to school means no more fun”