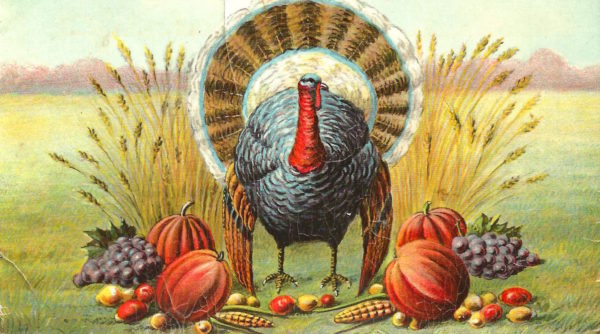 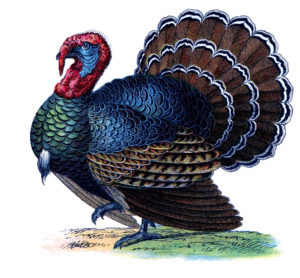 TURKEY TIME—You know it’s Turkey Time when the air gets cold, the wind blows and the leaves color the ground yellow and orange. In the fall, it’s great fun to jump and roll around in the big piles of leaves. So I went to Walmart and, believe it or not, they didn’t have leaves for sale.

TURKEY DINNER AND A THOUSAND PUMPKIN PIES—We were hosting Thanksgiving dinner. Our guests asked what they could bring. “Don’t bring anything,” we said. Every single guest apparently understood that to mean: Bring pumpkin pies. So we ended up with a thousand pumpkin pies! Luckily my wife and I had ice cream for the group because there was only enough pumpkin pie for me.

TURKEY TV—Nothing brings in the holiday season like the Macy’s Thanksgiving Parade. I’ve never been to the parade in person, but I watch it on TV every year. “You don’t watch it every year,” my wife said when I told someone I did. “Yes I do,” I replied. My wife said, “You only watch about five minutes of it and then you leave the room.” Maybe my wife’s right (don’t tell her I said that). But I would watch the whole parade if there wasn’t so much singing and dancing. And so many marching bands. And all that nonsensical banter from the commentators. And then there are all those commercials. And it’s such a long parade. And everything moves so slowly. I like the balloons.

TURKEY TOIL—My 6-year-old son traced his hand on a big piece of construction paper and turned it into a picture of a turkey for Thanksgiving. While trying to hang it on the front of the refrigerator, the kid stomped his feet and cried, “I moved the grocery list and I moved Mommy’s recipes and I moved my old Halloween pictures — my Thanksgiving art still won’t fit.” I told him, “Crying won’t help you solve the problem.” He replied, “I’m in first grade — I don’t cry. I whine. So I’m whining.”

LITTLE TURKEY, LOTTA TURKEY, BIG TURKEY—If I suggested a big turkey for Thanksgiving, my wife would say, “What are you saying — that I’m big and need a big bird to fill my appetite?” So I suggested a small turkey. She said, “What are saying — that I’m big and need a small bird so I don’t fill my appetite?” There was only one turkey in the room after that.

MY SON’S A TURKEY, TOO—My wife and I watched “A Charlie Brown Thanksgiving” with our 6-year-old son. There’s a really funny sequence with Snoopy and Woodstock struggling to get into a garage to find a table and some chairs for a Thanksgiving feast. The automatic garage door sends Snoopy into the air and through a basketball hoop. My wife laughed so hard she rolled off the couch. Later in the sequence, a basketball bounces out of the garage with Snoopy attached. I laughed milk out of my nose. Next, Snoopy performs some fancy dribbling with the ball. Then he tosses the ball over to Woodstock so his little bird companion can show off, too. The ball flattens Woodstock. My wife and I burst into laughter and wouldn’t stop. “Why doesn’t he just get the table and chairs?” our son said, clearly annoyed. “He’s not making any progress.” Then the kid asked my wife to get off the floor and asked me to clean the milk off my face.

TURKEY FOR ‘THE BIRDS’—Each Thanksgiving, my bird comes with a healthy serving of “The Birds,” a helping of “North By Northwest” — sometimes “Vertigo” — and a side of “Rear Window.” Afterward, I like to treat myself to a little “Psycho.” Yup, it’s my own tradition to watch Alfred Hitchcock movies on Thanksgiving Day. “What do Hitchcock movies have to do with Thanksgiving?” people always ask me. “Thanksgiving is about giving thanks for what you have. It’s about family and friends. What do spies and evil schemes and murder have to do with that?” My answer: Absolutely nothing.

Find more of these little what-have-yous and what-nots in Michael Picarella’s tiny blog, “Bits from the ‘burbs: A Suburban Thinker’s Thoughts.” These writings originally appeared in The Acorn Newspapers in November of 2009.

One thought on “Turkey Bits from the ‘burbs”