The Horror Returns- Trump 2- The Sequel!!!

There was a great rumbling, a stirring in the Great South Florida swamplands. It was the awakening of a Great Evil, of a primordial ooze, a misanthropic disease, a cancer of diabolical proportions that had reawakened from its near death slumber, or at least that is how it seemed to we mere flesh- entombed mortal beings. In actuality it had ever been awake, just silent since its last defeat when it had returned snarling in its contempt for anything not like its own.

It had fought with filthy talons caked with blood and teeth stained with those it had devoured for its enormous appetite but lost. It had then retracted back into its lair, its thoughts already pulsing with revenge. There it pretended to slumber with eyes closed, but rather dreamed dreams of return and revenge, of conquering, of bloodlust satisfied; dreams to it that would become nightmares to those who had repelled him. It dreamed for four long years.

After a seemingly eternal doze the Thing slithered free of its earthly perch. As a mass without feet, form or skeleton it simply oozed its way through terrain, engulfing anything that it came across. The living, be it plant, tree or unfortunate animal or human would be startled by its touch, then overtaken. Be it mammal or human the victim would have time to yell in horror and despair, but only for so long for though slow, the Thing was very thorough and their cries were eventually stifled by its mass and its hunger.

Blind though it was, It headed instinctively towards its goal. It was drawn just as creatures lost from home can find their way across hundreds of miles and still find its mark, although in this case it was more akin to vampires that can trace the smell of blood to a would-be victim, or as werewolves can always track a prey to rend asunder.

The screams went on for days as It centered on its quest. Many died to fill its lust. It would devour anyone or anything  that it needed for its destiny. Whole houses, whole neighborhoods, whole towns. Its lust was insatiable.

After many months it arrived at its ultimate goal- Washington D.C. It would now finish what it had begun on January 6th. Only this time it would not fail……… 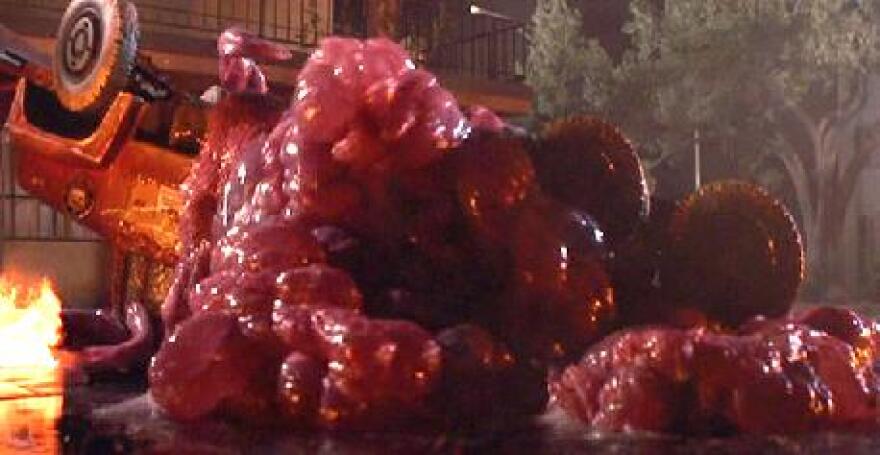