Skip to content
Recent Humor
LitMag Caters to Those Whose Summers Are Bummers
That tight moment when the conveyor belt of life is approached…
Texas Governor Defends Decision to Use School Lunch Funds to Arm All First-Graders
French Physicist Apologizes For ‘Planet Photo’ Which Was Actually A Slice Of Chorizo
Cartoon: Hey, Joey, nice week, uh?

Even though everyone reading this post is an animal, many people carry myths about animals around in their heads.  How’s your Animal IQ?  Take the Animal Mythbusters true-false test and find out! 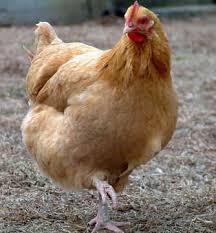 Chickens have shoulders.  True.  Contrary to popular belief, chickens do have shoulders–and why not?  “I don’t know where people get off saying chickens don’t have shoulders,” says Emil Warshaw, the Frank Perdue Professor of Animal Husbandry at the University of Illinois-Danville.  Like whom, a reporter asks.  “My mother, who has shoulders herself and should know better.”  Warshaw say the top of a chicken’s wing is a shoulder, a view not shared by biologists worldwide who consider Warshaw to be an embittered man.  “I don’t know why mom always liked my brother Darrell better,” he adds, “just because he’s a CPA and doesn’t have to work in a chicken coop.” 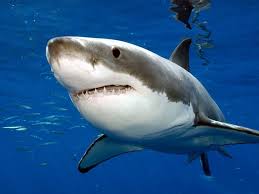 “Nothing to see here, move along.”

If a shark stops moving, it dies.  False.  This urban myth has unfortunately been propagated primarily by sharks, who stand to benefit from the public’s ignorance.  Here is a transcript of a conversation between two SCUBA divers using their portable waterproof whiteboards, as seen in Sea Hunt.

If a bat flies into your head, it will stick to your hair.  False.  Noted hair stylist Jon Della Famina says he can remove a bat from a woman’s head using nothing more than Herbal Essence shampoo and cream rinse for a weekday walk-in price of $75, not including tip.  “I try to get women comfortable with bats using their beautiful Latin name ‘Chiroptera’–the bats, not the women–and briskly rubbing free sample bats into their hair at my initial consultation,” he says.  “Bats are like balloons and will stick to the wall after you do this because of static cling.”

If you kill a snake and leave the dead body alone, its mate will rejoin it.  True–but why do you need another snake?  You’ve already got one.  Although it’s dead. 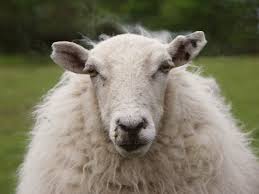 “Head for the barn–it’s starting to rain!”

If sheep are left out in the rain, they will shrink.  False.  Wool shrinks in hot, not cold water, and rainwater is rarely hot enough except in equatorial regions.  “This is why shepherds wash their sheep with Woolite in cold water,” says sweater enthusiast Ellen DiMento.

Hummingbirds can fly backwards at 60 miles an hour.  True.  “People ask why hummingbirds look backwards when they fly so fast,” says ornithologist E.W. “Pete” Glenn.  “It’s because they don’t have rear view mirrors.”

“I’m just going to lie here and let the fish come to me.”

Polar bears cover their noses when they hunt.  True.  A polar bear’s nose is the only part of its body that isn’t white, which means it’s a dead giveaway when trying to sneak up on another animal.  “Polar bears tried a variety of disguises, including Sierra Club volunteers and lost Midwestern tourists,” says Ewell Leslie, a nature photographer.  “Nothing worked as well as just putting the old paw over the nose,” he says as he rubs the ten-inch scar that runs down his cheek to his neck.

One thought on “Animal Mythbusters!”