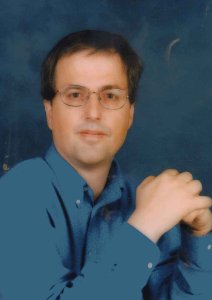 A few weeks ago, we profiled Tasteful Murders, an anthology edited by the very talented Candace C Bowen and our own comic chef Paul De Lancey. I gave both Candace and Paul the same set of questions to answer and we published hers already and now it’s Paul’s turn.

Q. This is such an original idea. How did Tasteful Murders come about?

A. Murder itself is not so original, but I figured if something is worth doing at all it’s worth doing well. Besides good manners and good taste are always in style.

Q. How did you choose the writers who would participate? Do they all know how to cook?
A. I can speak for Paul as I am Paul. I too invited everyone on my friends list whom I thought might want to participate. I know some of them can definitely cook, although I have no idea if any of them can murder.

Q. If you had to describe the book in one sentence, what would you say?
A. Murder should be fun.

Q. Tell us about the two of you and how you decided to work together.
A. Candace frequently forgot to dispose of the victims in her Facebook posts. I offered to help her hide the bodies as I was raised to be a gentleman. It all evolved into putting together a murder anthology. It just goes to show you what can happen when you put yourself in someone else’s shoes. Oh, and plate tectonics. Plate tectonics is slowly bringing our literary efforts together.

Q. Is there an appetizer or dessert death book on the horizon?
A. Ooh, appetizer idea. Bet ya can’t kill just one.

Q. Do the two of you have any other plans for the future?
A. Yes, Candace and I are running for vice president and president of The United States of America on the Bacon & Chocolate ticket. Vote for us come November, 2016.

Paul De Lancey writes in multiple genres: adventure, westerns, morality, time travel, thriller, and culinary, all spiced with zaniness. His cookbook, Eat Me, 169 Fun Recipes From All Over the World and his novels Beneficial Murders, We’re French and You’re Not and The Fur West have won acclaim from award winning novelists.
Perhaps Mr. De Lancey will someday become a literary giant without having to die for the title.
The humorist is a direct descendant of the great French Emperor Napoleon. Actually, that explains a lot of things. Mr. De Lancey makes his home, with his wonderful family, in Poway, California. He divides his time between being awake and asleep.

His books are available at: www.lordsoffun.com and amazon.com. 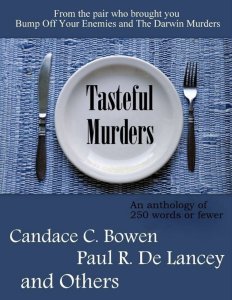