Skip to content
Recent Humor
Ripping the Headlines Today, 8/11/22
Whither Butter Sculpture?
I’ve got this, boss…
Hairy Situations Added Color To Our Lives
Cartoon: Rudy Pleads Then Drinks The Fifth 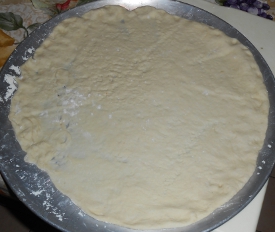 Add flour, beer, water, oil, sugar, salt, and yeast to the bread maker. Do not put the yeast directly on top of the salt. Salt is bad for yeast and yeast makes the dough rise. “Ask not what your yeast can do for you. Ask what you can do for your yeast.” Set the timer or the menu on the bread maker to “Dough.” Wait for the required time, about an hour. In the meantime preheat the oven to 400 degrees and liberally spray the pizza pan with no-stick spray. This will prevent the crust from forming a glue-like bond with the pan.

Take the dough out of the bread maker and roll it out until the dough covers the pizza pan. If you do not have a rolling pin, any canned food can will do as long as it is at least six inches tall. It is best to use no-stick spray on pan or coat it with a thin layer of flour before spreading the dough.

1) Ancient Egyptians invented the pizza crust to honor their sun god They made the crust round and flat because the Sun looked, and still looks, to be flat and round. Whenever the Egyptians drew a map of the world, they did so on a crust. They then covered it with: grapes, fish, and asps (venom removed) and ate the whole thing. Hence, the famous saying, “I could eat the world for lunch.”

2) Folks over the centuries drew so many pizza-crust maps that people came to believe the Earth had to be flat. Then in 1488, Christopher Columbus’ mom made a pizza topped with great big, round meatballs. He thought, “Hey, I think the world is round, just like these meatballs.” Four years, came Columbus’ great voyage of discovery. The world be changed forever.

Cartoon: : Jilly, Jilly, I hope I didn’t give you the Covid