All these candidates have been sniped at – sexual innuendos, accusations of drug use, child neglect, etc – by the biggest media sniper of them all, The National Enquirer, and all the behest of or the benefit of Donald Trump by a Pecker, named David.

If you’ve been at a grocery store, you’ve seen these headlines: 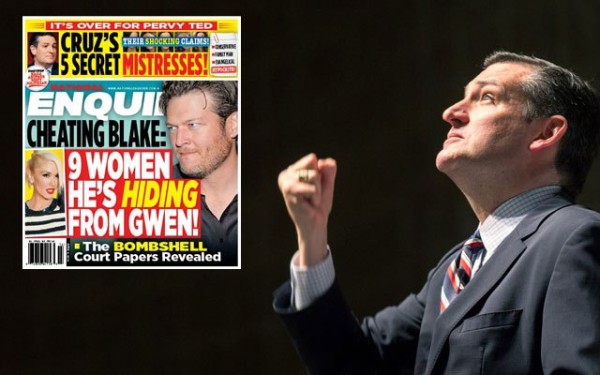 The one that says “IT’S OVER FOR PERVY TED” 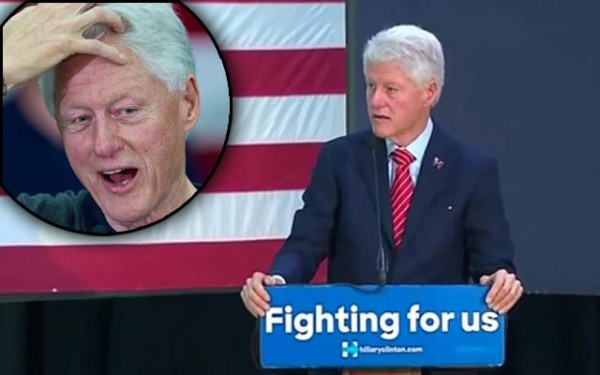 Or lots of other National Enquirer headlines like this:

“Governor Mike Huckabee and The Hooker”

All these headlines ran in the Enquirer. What do the subjects have in common? They opposed Donald Trump, the Enquirer’s handpicked candidate.  Or shall we say David Pecker’s (the CEO of the Enquirer and frequent visitor to Trump’s Palm Beach parties and events) hand picked candidate. Trump and Pecker are known friends, both grew up in New York at the same time. David’s mason dad worked on some of Fred Trump’s projects. If Trump gets elected expect the Enquirer to handle his presidency as they’ve handled his campaign, with kid gloves.

It’s ridiculous … why the New York Daily News hasn’t exposed this and ran their own spurious headlines. Things like:

“TRUMP GETS DOWN AND DIRTY, — USES PECKER AGAINST BUSH”

Is that too much, excessively silly? No, this is what this year’s campaign has come down to. No issues, just a big pissing contest. The NY Post and the New York Daily News, papers which know Trump the best and hate him the worst can’t allow a sleazy tabloid to determine this election, especially one from Florida. If any sleazy tabloids should sway the election, it ought to be the New York sleazy tabloids. There, I gave you headline ideas, Post and News, run with them and don’t try to tell me they’re childish dick jokes. These are very much adult dick jokes.