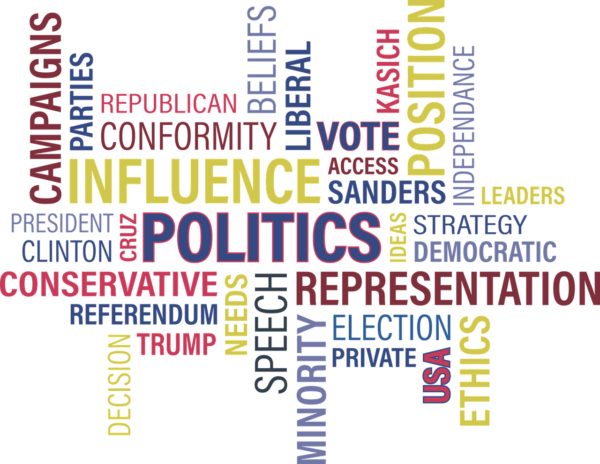 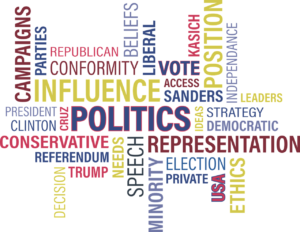 Another circus took place last week in Philly. The Democratic National Convention opened, and they pitched a more colorful tent than the Republicans. The message about the country was more uplifting and Chachi stayed home.

It was a sharp contrast from Trump’s dystopian view of the U.S.  With a Trump presidency, we’d have President Orange opening the 2017 Hungry for Deportation Games. A life and death race for the huge wall.

In reference to walls, it was revealed why Chris Christie was not Trump’s pick for VP.  Governor Christie was asked to be the wall. If he can stop bridge traffic, he can certainly block a border.

Border patrols have security concerns. They’re afraid Christie will look the other way if immigrants offer a box of Dunkin Munchkins or a freshly baked Churro.

It’s reported Donald said, “It’s a huge job and it takes a huge man to fill it. Christie is the one, and Mexico will pay for his meals.”

There was a rocky start to the convention with a sideshow of delegates feeling an intense Bern. It wasn’t from the soaring heat and humidity, but some leaked emails from the DNC.

When anything leaks it’s not good – ask a plumber or a Depends wearer. We found out that Russian hackers were responsible, and that there are possible ties to Trump and Russian investors. Could Trump be Putin’s “Agent Orange?”

While contention and anger fueled the opening of the convention, by Monday evening tempers cooled when Michelle Obama gave a heartfelt speech. She spoke about setting an example for our children. There was genuine emotion when she spoke about waking up in a house built by slaves, and watching her beautiful daughters play on the White House lawn with their dogs.

Watching Michelle’s speech, Melania quickly sent out a tweet, “I love country too. In US, I wake up every morning in penthouse that was built by unpaid immigrants. I look out window to 5th Ave. and watch son chase down illegal street vendors. Make me proud to be arm candy.”

Also, Melania claimed she inspired Donald to think about “a wall” after she put one up in front of her bedroom.  It is reported she said, “I like privacy, so I build wall and put giant doorknob on door. Daddy D’s little hands can’t turn big knob. I be good for national security.”

Tuesday the convention made history by nominating Hillary Clinton as the first female presidential candidate. Pant suit sales soared across the country and several Lane Bryant’s were forced to close their doors due to depleted stock.

Bernie Sanders had the job of delivering the official party nomination for Hillary.  He then left the democratic party and enjoyed the early bird special at the Golden Corral

Biden, in his middle-class Joe way, said Trump was full of malarkey. He then went on to say he would take no monkey-business, he’d hear no blarney, and he was sure and begorrah ready to elect Hillary.

Thursday was the conclusion of the convention with the spotlight on the center ring. Chelsea Clinton proudly introduced her mother without tweeting about the dress she was wearing, unlike Ivanka Trump who seized the opportunity while introducing her father to promote her clothing line. A clothing line that is manufactured in China and Vietnam.

Ivanka’s doing her part to “Make America Great Again” by selling clothes produced by cheap foreign labor. She learned her business acumen at Trump University. Buy her rhetoric and her clothing.

All the adult Trump kids extolled the virtues of their father. Of course, they love him it’s their dad. They know they love him because that’s what their nanny told them. Melaina’s son Barron didn’t speak about his dad. He’s waiting for a speech by Sasha or Malia for inspiration.

Hillary Clinton as the Democratic Presidential Nominee delivered a thoughtful speech shedding light on the future of this country. She spoke to what was positive in America and how we should work together. This was opposite from Trump who said “he alone” could fix the declining, crime-ridden, terror-filled, crazy land called the USA.

In his “Super Donald” suit he would save us all, and it will be the best saving ever. In fact, we will be saved so much we will be tired of being saved – believe me.

The primaries and conventions are over. The race has begun. We have until November to decide who has the best circus act.

In the blue ring we have a progressive pit bull in a pant suit, who wants to make us stronger together. While, in the red ring we have a “big league” egomaniac who will only make “America’s Breakfast Great Again,” because he’s the color of Tony the Tiger and as cuckoo as Cocoa Puffs. 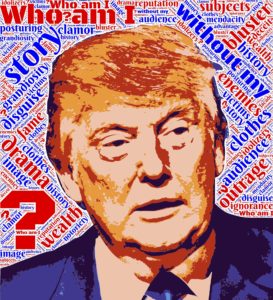 One thought on “Under the Big Political Circus Tent”