Last week, with the signing of a lease and payment of first and last month’s rent, security deposit, key charges, broker’s commission and the short-term national debt of Finland, my younger son became a man. For there is no step that so clearly marks the crossing of the threshold from childhood to adulthood as that which confers upon you an interest–however temporary–in real estate. As Scarlett O’Hara’s father said to her about Tara, the family plantation, in Gone With the Wind: “Land, Scarlett, land. It’s the only thing worth living for, worth fighting for, worth dying for–not all of your crinoline dresses and gew-gaws and frippery.” 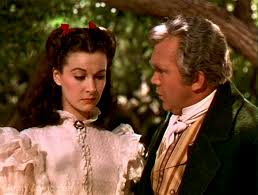 Scarlett O’Hara and father: ” . . . and remember to put a Post-It Note that says ‘Scarlett’s Soda!’ on your Diet Cokes in the refrigerator.”

As such, the move out of a college dorm and into an apartment comes freighted with heavy responsibilities, which it is a father’s duty to discuss with his son. “Say,” I said, although that part always goes without saying, “we should have a little ‘chat’ about the apartment.”

He rolled his eyes, as he always does when I put quotation marks around the word “chat.” He knows what’s coming. 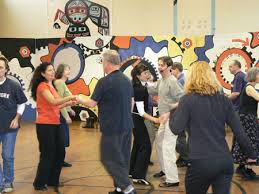 Folk dancing: For some reason, they’re always short of men.

“It can be a wonderful thing. No more goofy flyers in the hall of your dorm urging you to join the Young Socialist League, or that more male dancers are needed for Friday night folk dancing. On the other hand, it’s a place where you’ll form friendships–and enemyships–that can last a lifetime.”

He sat there glumly, suffering in silence. I guess he figured if he didn’t speak it would be over sooner.

“An apartment comes with major responsibilities,” I said. “You’re not in a dorm anymore, so if your refrigerator breaks down–you’re on your own.”

That caught his attention. “We are?”

“Sure–if you want to keep your beer cold and your hot dogs from rotting, you’ve got to go to a used appliance store and pick up a cheap one. Your college isn’t in loco parentis any more.”

“What does loco parentis mean?”

“That your mother and I are crazy to be paying for this.” 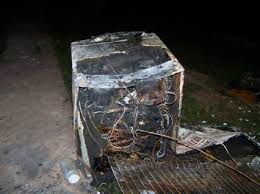 “So–we have to haul a refrigerator up three flights of steps?”

“And what do we do with the old one?”

I looked at him with a disappointed surmise. “What in the hell are they teaching you kids in college these days?”

“I’m a double major–I don’t get to take many electives.”

“Still–I thought every red-blooded American boy would know what to do with a dead refrigerator in a third-floor apartment.”

I laughed a mirthless, condescending laugh–perhaps I was a member of the smartest generation in history, as Time magazine told me back in the 60s.

“Listen up, and listen good,” I said, getting right up in his face to show him I meant it. “You throw the refrigerator off the back porch!”

He was stunned, silent, as he is always is when I reveal one of the elegant solutions of my misspent youth. It’s true what they say–mathematicians, poets and madmen do their best work in their 20′s.

“You threw a refrigerator off a porch?” he asked, incredulous. Maybe the old man wasn’t such a dummy after all.

“Of course I did. Remember, I had a summer job installing appliances. I wasn’t about to move a refrigerator down three flights of stairs for nothing!”

I sat down next to him and tousled his hair. “Of course I did, kiddo. Everybody else in my gang remembered to wear a Halloween costume when we did it. It never even occurred to me that a colorful mask–Bozo the Clown, Chewbacca–would lend an air of antic gaiety to the proceedings, as well as disguise my identity.” 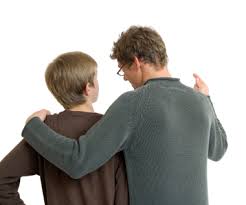 “Did you get caught?”

“Throwing refrigerators off apartment porches is really a victimless crime–unless you hit somebody,” I said, drawing on the reservoirs of knowledge I’ve built up after 43 years, three months and two days of my legal career, not that I’m counting or anything. “The cops in our student ghetto had their hands full with recreational drugs.”

I put my arm around him, the better to convey that while the advice I was about to give him was harsh, it was the product of paternal love. “I know you’ll be tempted to get involved in . . . illicit activities now that you won’t be under the watchful eye of your dweeby graduate student dorm monitor.”

“I know–they all are. Anyway, the thing I want you to understand is that if you’re going to bring in black lights and grow marijuana in the pantry, be sure you have shades on the windows.”

I shook my head from side to side–kids! What do they know?

“Because that purple glow out the window is like putting a sign on the side of your apartment building that says ‘Arrest me!’” 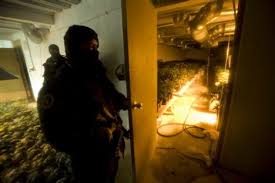 Indoor pot farm (not mine).

“But marijuana is legal now,” he said.

“Maybe your mother and I are giving you too much allowance.”

“Because you’d apparently rather pay $400 an ounce for legal pot when you could grow your own for $20.”

He sounded embarrassed that I had exposed his ignorance in this very vital area of apartment living. “So you . . . grew marijuana in your apartment?”

“Of course not. No one ever grows marijuana in their apartment. When the cops come, you say it was left there from the guys who rented the place the year before.” 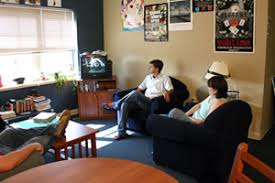 “The TV’s busted. Should we throw it off the front porch or the back porch?”

“What if the cops came the year before?”

“Those plants were there from time immemorial. For all you know, Moses sneaked them out of Egypt through the Red Sea.”

He seemed to understand. “Did you take the marijuana with you when you left?”

“No, I was pretty much done with pot by then. I’d smoked enough so that the THC in my system was making me paranoid. It happened to Stevie Wonder, too.”

“Just the guy who created some of the greatest pot-smoking music of all time. Anyway, your lease says you have to leave the apartment ‘broom clean’–it’s a legal term. I was the last one to leave, so I had to move about forty crates of dark, rich soil out of the place.” 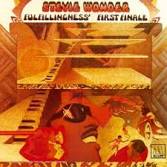 “I may have smoked a lot of pot, but it looks like my short-term memory is better than yours,” I said smugly.

“I threw it off a porch!” I screamed. I didn’t mean to, but I was growing exasperated.

“Maybe you should be taking notes,” I said, and I wasn’t kidding.

“Gimme that,” I snapped as I grabbed the pad and pen from him. I drew a thick line through the word ‘back’ and wrote ‘front’ over it.”

“You throw the pot off the front porch?” he asked.

“Sure–you already threw the refrigerator off the back porch. People will start to complain.”

“Like the old lady who lives on the floor beneath you, with the divorced daughter who comes over every Sunday with her annoying kids.” 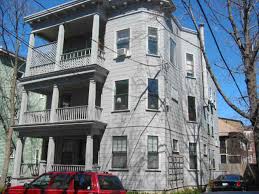 “Why does she complain?”

“Because she was sitting on her front porch, and I hit her with the dirt when I threw it off our front porch.”

“One last thing,” I said, as I held out our copy of the short-form apartment lease. “Signing this document carries a great many legal responsibilities with it. This is your introduction to the real world–for the first time, you’re on the hook, understand?”

“I don’t think so. The landlord’s got the security deposit–if you mess the place up, he can keep it.”

“What if I disagree, or I didn’t do it?” he asked. I had to admire his spunk, but at the same time I had to give him a practical lesson in the slow workings of the American legal system too.

“The landlord’s got you over a barrel–he’s got your money, and it will take you at least two years to get into court to get it back. By that time, you and your roommates will be scattered across the country. You won’t want to come back for a lousy $300 each.”

“You do like my friends Richard and Carl. Richard went on to a third-rate medical school in the Caribbean when none of the U.S. schools would have him, and Carl turned into a sadistic U.S. Marshall. Two very savvy guys.”

“What was their solution?”

“They got a couple of packs of Jimmy Dean’s Pure Pork Sausage, and stuffed it into every nook and cranny in the apartment before they left.”