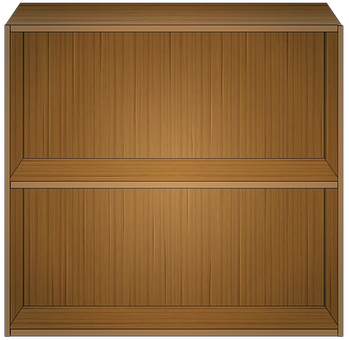 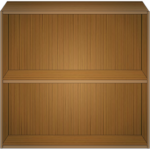 White House sources reveal that planning for the Donald Trump presidential library has now begun but has encountered several early snags. The primary obstacle is the almost complete absence of books, magazines, or writings of any kind to put in it. Not only is the president not much of a reader, but most correspondence with advisors, business associates, family members and even romantic liaisons has been seized by prosecutors or is subject to protective orders and non-disclosure agreements obtained by lawyers for the president himself.
Extensive searches have yielded only three sparse categories of physical documents that might qualify as writings:

–Advance copies of the biographies or memoirs of Barack Obama, Hilary Clinton and James Comey with post-it notes annotated with the words, “Lies!,” “Garbage!”, and “Even more putrid than what Scott Pruitt is putting back in our air!” The books were found packaged for delivery to Puerto Rico to use as kindling in lieu of government assistance to a hurricane-ravaged power grid.

–Golf score cards in bold handwriting on which numbers that appear to have been originally 7s, , 8s and even a 9 have been altered to 4s, 3s and a “1—that’s right, a hole in one but make sure The Republican Party ponies up when I say the celebratory drinks are on the White House..”

–A collection of memorabilia form grade school. Oddly, the collection contains not a single report card but hundreds of games of dots, tic-tac-toe and hangman on the bottom of each of which Trump has written in childish scrawl, “I’m a winner” and drawn cute little hearts, flowers and pictures of a cuddly Rudy Giuliani.

A second problem is presented by the presidential tweets. Experienced archivists and professors of library science are reportedly suffering from exhaustion and considered at risk of nervous breakdowns from attempting to catalog and make sense of this material. The messages do not follow normal sequences of thought, jump from topic to topic, frequently contradict each other and usually do not correspond to any verifiable facts or events.

“It may not be hieroglyphics or Minoan Linear B but it’s sometimes as hard to understand as the tablets of Hammurabi or the utterances of the oracle at Delphi” in the words of one now-dismissed expert from the Library of Congress.

“Who cares what she thinks?,” responded Sarah Huckabee Sanders. “She’s just another of the lying, leaking, lefty librarians who provide information about anything to anyone who will ask.”
Fearing what even a semi-organized compilation of tweets and other electronic communications might reveal, several friends of Trump have ridden to the rescue. Vladimir Putin proposes to donate the endless, dull middle sections of long Russian novels full of characters with unpronounceable names to fill up the library’s cavernous reading room. These are parts of the novels no one has read, even in college; it is thought that they will sow confusion and deflect attention away from the doings of the endless array of current-day Russian oligarchs and Trump cronies with equally unpronounceable names.

Not to be outdone, Steve Cohen has launched a plan to fill the stacks with reams of even more diversionary material. Having heard that if enough monkeys typing randomly on keyboards can eventually the works of Shakespeare, Cohen has doled out tens of thousands of dollars from his attorney’s account to zoo keepers across America; he reasons that if the simians can reproduce a play by the Bard in a century or two, they ought to be able to produce something more thoughtful than Trump’s tweets in a matter of weeks. Rumor has it that, as Secretary of Education, Betsy DeVos is supervising the monkey–or perhaps vice versa.

Trump himself was originally non-committal about the project and indeed somewhat vague on what a library is. But he went for the concept in a big way when informed it would be an imposing edifice paid for by other people with his name on it. In fact it has become the centerpiece, if not the only piece, of the presidential infrastructure plan. “As long as we build it huge in a really huge way, it will be really huge,” the President concluded at a Cabinet meeting. “It will have a wing for the Nobel Prize that Sweden will soon give me unless it wants to be obliterated from the face of the earth. Let’s just be sure what’s their names, any of the people who may now be or used to be Secretary of State, have nothing to do with it. And, what the hey, why not build it in Jerusalem?.”