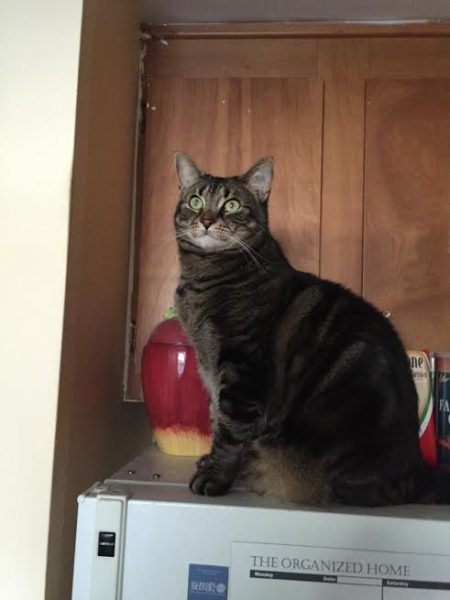 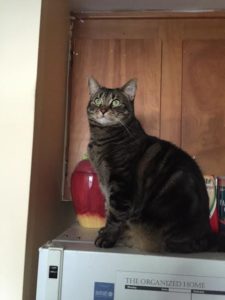 Cats can see ghosts. This is obvious to anyone who has ever watched a cat stare at a wall on which we can see nothing. This morning I went to an AMC Loews theater and saw the new Ghostbusters in IMAX 3-D. It struck me that, in case of a ghost apocalypse, New York City would not need a team of humans armed with proton packs in order to annihilate the spectral assailants. All you would need would be cats. Lots of them. New York City has cats. Lots of them.

In spite of what everyone has heard, cats can be trained. Aspiring cat trainers are everywhere, recognizable by the scars on their arms, legs and faces and the little holes in their clothing. It would be a simple process to take these marked-up humans and train them to be cat whisperers. Once this initial goal is achieved, the next step would be for the cat whisperers to gather all the stray cats in the city, like the Pied Piper of Hamelin. If music proves to be an effective feline attractor, I recommend The Lion Sleeps Tonight by Solomon Linda. That song has an easy hypnotic effect.

Once a cat finds a ghost, of course, it is imperative to get the cat to chase the offending spirit away. Cats are notoriously averse to obeying humans. It will have to be in the cat’s interest to attack a ghost. I recommend using laser pointers. The minute a cat spots an invisible entity and begins to stare at it, its cat whisperer can take the laser pointer and point the little red dot in the direction in which the cat is staring. The cat will attack the red dot and, in the process, scare the invisible pants off the ghost, who will fly off into wherever startled spirits go.

I think I should present this plan to the office of the Mayor of New York City, once I have it perfected. I wonder how a letter of commendation would look on my wall.