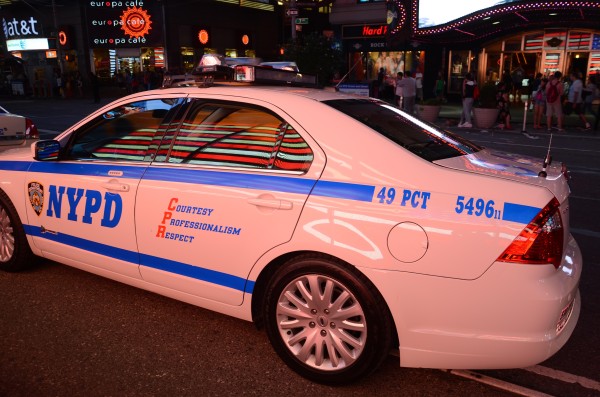 “An on-duty Sanitation worker was caught throwing debris at a statue of Jesus on the cross outside of a Brooklyn church on Thursday, according to the NYPD. When officers approached him a few blocks from the scene, the worker allegedly tried to escape in his street sweeper.

Officers apprehended (Trash Thrower) at the corner of East 8th Street and Avenue M in Midwood, where they discovered prescription pills on his person. (Trash Thrower) was charged on arrest with criminal possession of a controlled substance, reckless endangerment, fleeing, reckless driving, and running a red light. His arraignment was still pending on Thursday evening.


In a city with a huge Catholic population (including Catholic cops), you don’t throw things at a crucifix unless you are looking for swift confrontation. Yes, there are also laws against littering and vandalism, but if Mr. Trash Thrower had dropped a couple of things on the sidewalk instead of taking aim at a crucifix outside a church, he probably would not have been stopped, unless the cops were having a really slow day.

By the way, I am familiar with the church mentioned above because I used to know the man who was, at one time, their organist and singer. This was the guy who, at the funeral mass of a parishioner who was known for heavy drinking, inserted a disguised version of “Roll Out the Barrel” on the organ during the initial procession. The priest had to hide his face in his service book for a moment because he was breaking up. Fortunately, nobody in the funeral party knew what was going on.

Okay, if I were going to try to flee from cops I would not try to do it in a sanitation truck. Anyone who has ever been caught during a morning rush hour behind one of those things knows that they are S-L-O-W. They are also humungous, which makes weaving in and out of traffic impossible. In addition, anyone who has ever seen Law and Order knows that New York City cops are not easily discouraged when they are after someone.

The thing is, if our friend the sanitation guy had stopped when the policemen flashed their red light, they probably would have just given him a warning or something and that would have been it. Instead, he has been charged with five different offenses. Whatever he was on, it must have rearranged his brain cells, if he had any brain cells to begin with.

You’re probably wondering why I haven’t mentioned this already, but I’m saving the best thing for last. Mr. Trash Thrower made $94,000 last year! In my best year I never saw that much money. I’ve been in the wrong day jobs all my life. Sanitation workers don’t have to wear business clothes or be stuck in an office all day, under the nose of a boss. They get to work outside and ride around in a truck. Of course, they have to handle disgusting, smelly garbage, be out in all weather and lift heavy loads, but no job is perfect.

Some people have all the luck!

10 thoughts on “Only in Brooklyn!”