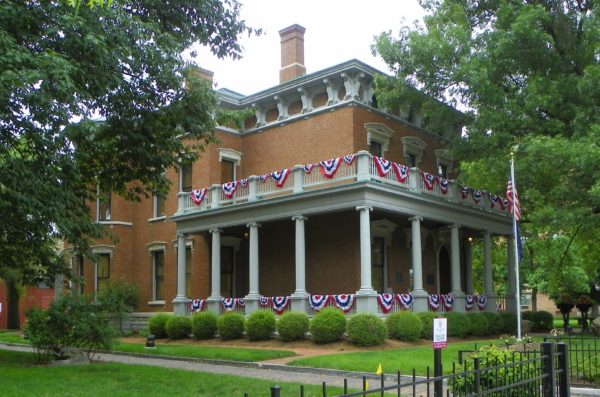 Approaching Indiana’s May primary, I found myself full of double negatives: That is to say, I flipped a coin to determine who I least wanted to vote against. Maybe that’s not technically a double negative, but many of the candidates are.

While other states have their primaries earlier and earlier, Indiana stubbornly insists on doing what the rest of them should do: keep to a more reasonable date. If every state did that, maybe the election season could have a sane time frame, say less than a few freaking years. Starting the elections in January means starting the fund raising, campaigning and endless speculating around November 10th … November 10th of the previous election year.

The other day I caught an old Tonight Show clip of author Gore Vidal, who suggested elections be legally limited to 6-8 weeks. Even back then, somebody had the right idea.

So Indiana stuck to its guns and did the right thing, and in turn we get to get absolutely no say in who the parties pick as their presidential nominees. Usually. This year we mattered to a degree, as we did in the Clinton-Obama battle. That’s not the norm now, but Hoosiers will be stunned to learn their state used to matter in national elections.

After the Civil War Indiana became a swing state, and often a deciding factor in the general election. The state echoed with rallies, parades, and speeches. Voter turnout?

I told you to sit down.

Although outright fraud was surprisingly rare, it was common for party members to pay their supporters to vote, especially in rural areas. It wasn’t unheard of for them to pay supporters of the other side not to vote. Yes, alcohol was also involved.

Indiana became so important that, between 1880 and 1924, a Hoosier was a member of the ticket for one party or another in all but one of the general elections. 300,000 people came to hear future President Benjamin Harrison speak from his Indianapolis front porch during the 1888 campaign (a very nice front porch, I might add). Five Hoosiers have become Vice-President, although none since 1988.

Now it seems as if Indiana no longer attends Electoral College … or at least, we’re no longer head of the class.