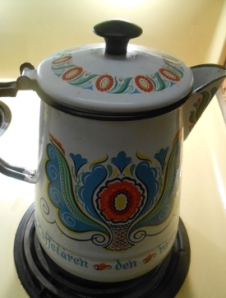 This coffee is a lot less bitter than the regular brews and should require less than the normal amount of cream and sugar or none at all.

1) Historians claim coffee was discovered about a thousand years ago by an Ethiopian goatherd whose goats were bounding with caffeinated energy. How do we know this when we don’t even know how single socks keep disappearing in our clothes dryers?

2). It’s frightening to think that if the goats had only a few more weeks of caffeinated existence, the highly energetic critters could have done their grazing chores in no time at all. They would then have had time to ponder the infinite. Sure, their brains are tiny compared to ours, but hyped up on caffeine they would have to figure that a goat’s life is to give milk and goat meat.

3) To give goat meat means to die. Fast thinking goats wouldn’t have liked that. No, not one bit. And back then goats far outnumbered humans. They would have learned goat karate, attacked us, and gained their independence in regions where human warriors didn’t wear armor. Not long after that the coffee-drinking goats would have developed their own armor, their own spears, and their own catapults. We humans would have been overwhelmed by vast, well-equipped goat armies. We would have had to become vegetarians and the goat’s servants. It nearly happened.