Skip to content
Recent Humor
Ripping the Headlines Today, 9/18/20
“Participation” Trophies Find New Life in Freedonian Infrastructure
Factuality…
For Some Couples “They’re Playing Our Song” Has a Jingle to It
Meet Bill Spencer Author of Uranus Is Always Funny: Short Essays to Make You Laugh 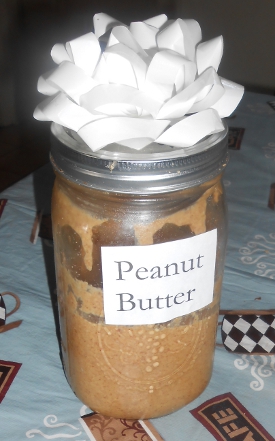 * = 4 cups peanuts weigh about 1 pound. Purchase peanuts with the skins still on for added flavor and fiber. Buy skinned peanuts if you prefer a smoother peanut butter. And, oh gosh, buy shelled roasted peanuts. It takes forever to shell enough peanuts to make this recipe; just as long as a lecture in theoretical economics lasts..

Add 1 cup peanuts in blender. Blend on lowest for about a minute or until the peanut bits are the size you desire. (People’s preference for the chunkiness of their peanut butter and the power of their blender vary considerably, so you’ll need to keep a close eye on the blending.) Remove and set aside.

Add remaining 3 cups peanuts, ½ tablespoon oil, and honey to blender. Set blender to lowest setting that works. (A weak blender will just make plaintive whirring noises and do nothing if it’s on too low a setting. Gradually decrease the speed of the blender to low as it becomes more and more to blend. (I think I can. I think I can. ) Blend on low setting until mixture becomes quite smooth. (The oil should be coming out of the peanuts.) If mixture is too dry to spread, add another ½ tablespoon oil and puree again. Repeat as needed with oil until mixture is easy to spread. Add salt and sugar. Fold in salt and sugar with wooden spoon.

Store in refrigerator. It should be good for 2 weeks to 2 months, depending on the seal of the jar used for storage. I prefer mason jars. Oil might rise to the top over time. Simply mix the oil back into the peanut butter with a wooden spoon.

1) Each American eats seven pounds of peanut butter a year. It’s a federal law dating back to the drafting of the Constitution. Georgia simply would not sign the great document unless its mighty peanut industry was protected. After much negotiation, the states agreed on seven pounds per person per annum. Georgia signed and America had a basis for strong government

2) Some people spread out their required peanut-butter consumption evenly over the entire year. This comes out to .3068 ounces per day. To achieve such precision, people need sophisticated scales. This need explains why American kitchen scales are the envy of the world. Indeed, NASA uses these scales in its space programs.

3) Other people eat all their peanut butter in one day. Pause and reflect.

4) Americans could fill the Grand Canyon with all the peanut butter that eat in one year. This actually happened on April 1, 2000. It was a glorious occasion with millions of loaves of bread being flown and trucked in. Thousands and thousands of trucks that normally hauled crude oil were converted to dispense grape and strawberry jelly. And the toasters! Oh, they were everywhere. People said nice things to each other except, of course, for those with peanut butter stuck to the roof of their mouths.

5) Unfortunately, this happening could not become an annual event. Many tourists, especially those from countries with low peanut-butter consumption, insisted of seeing the Grand Canyon in its peanut-butter free glory.

6) We also cannot forget the frenzied riot that took place between the smooth-peanut-butter fanatics and the chunky-peanut-fanatics. Culinary historians still shake their heads when they contemplate how close America came to civil war. It certainly affected the presidential election.

8) Or can we conclude this? Thomas Jefferson declared independence from Great Britain. Jimmy Carter couldn’t do the same; we had already severed connections from the mother country.

9) So, who could have Mr. Carter declared independence from?

10) From America. Jimmy Carter could have penned a declaration of independence for Georgia from the United States. He didn’t, of course, but it was a near run thing.

11) In 1980, American lawmakers mindful of the horrifying carnage of the War Between the States in 1861-1865, passed a law requiring all peanut farmers to sign an annual pledge not to make their state secede from the Union.

12) Or at least to grow onions as well. No onion farmer has ever written anything advocating independence. Onion farmers are a rather down to earth sort of folks. Thank goodness. 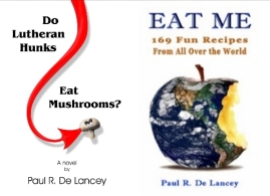